San Fernando's Lobera Sword III Ferdinand III Ferdinand III of Castile was called "the Holy One", he was king of Castile (1217 – 1252) and of León (1230 – 1252). His mother Berenguela I, queen of Castile, and his father Alfonso IX, king of León, allowed him to unify during his reign the crowns of Castile and León. He was canonized in 1671 and is considered a great driver of the Reconquest process. He conquered the cities of Seville, capital of the Almohades, Jaén, Córdoba, whose mosque he transformed [...]

Tizona Sword of the Champion Cid

Tizona Sword of the Champion Cid The Cid Champion Rodrigo Díaz de Vivar, known as El Cid Campeador, was a Castilian Knight and great historical and legendary figure of the Reconquista. Born in the middle of the 11th century, he was educated with the infante Sancho, son of King Ferdinand I of Castile and León, who, when he acceded to the throne, appointed him royal ensign in 1065. Hidalgo and Castilian warrior, who at the head of his own army came to dominate practically the entire East of the Iberian [...]

Conan the Barbarian's Atlantean Sword  Conan the Barbarian (Conan the Barbarian) is a cult film, released in 1982, that is primarily about swords and witchcraft. It was written and directed by John Milius, whose screenplay is based on the stories of Robert E. Howard, a writer of the 1930s. It chronicles the adventures of a character in a fictional prehistoric world dominated by black magic and savagery. The Era Hiboria was a dark time dominated by the power and magic of sword and witchcraft, where Thulsa Doom was the leader of a cruel [...]

We're open! Do you want to feel like a Templar... and forge your own sword? You can do it now!!! The Interactive Museum of Sword and Crafts - Inside TOLEDO has finally opened its doors. Just a few minutes from Toledo, you can enjoy an unforgettable experience. To begin with, we propose an immersive projection in 360 degrees, where you will feel "inside" a film where swords will fly...  You can forge your own sword through virtual reality and roam the streets of Toledo to get your reward. [...] 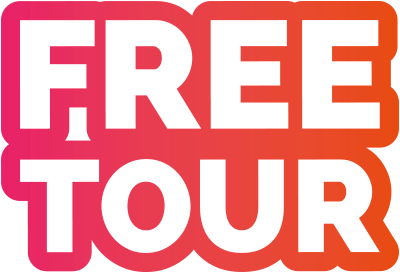 Visit the Museum with a FREE TOUR